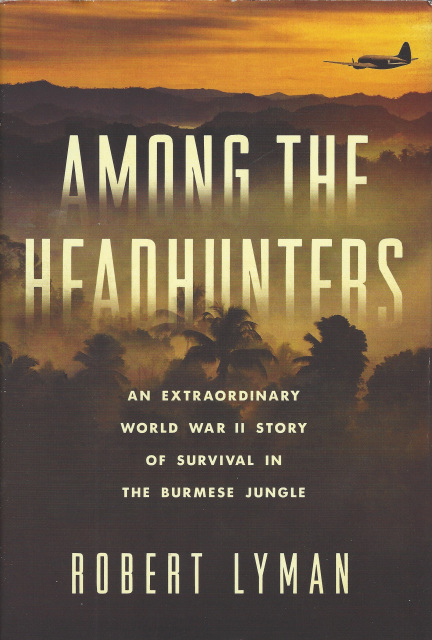 Among the Headhunters: An Extraordinary World War II Story of Survival in the Burmese Jungle by Robert Lyman

Among the Headhunters: An Extraordinary World War II Story of Survival in the Burmese Jungle by Robert Lyman

Flying the notorious "Hump" route between India and China in 1943, a twin-engine plane suffered mechanical failure and crashed in a dense jungle, deep within Japanese-held territory. Among the passengers and crew were celebrated CBS journalist Eric Sevareid, an OSS operative who was also a Soviet double agent, and General Joseph "Vinegar Joe" Stilwell's personal political adviser. Against the odds, all but one of the twenty-one people aboard the doomed aircraft survived -- it remains the largest civilian evacuation of an aircraft by parachute. But they fell from the frying pan into the fire.

Disentangling themselves from their parachutes, the shocked survivors discovered that they had arrived in wild country dominated by a tribe with a special reason to hate white men. The Nagas were notorious headhunters who routinely practiced slavery and human sacrifice, their specialty being the removal of enemy heads. Japanese soldiers lay close by, too, with their own brand of hatred for Americans.

Among the Headhunters tells -- for the first time -- the incredible true story of the adventures of these men among the Naga warriors, their sustenance from the air by the USAAF, and their ultimate rescue. It is also a story of two very different worlds colliding -- young Americans, exuberant apostles of their country's vast industrial democracy, coming face-to-face with the Naga, an ancient tribe determined to preserve its local power based on headhunting and slaving.