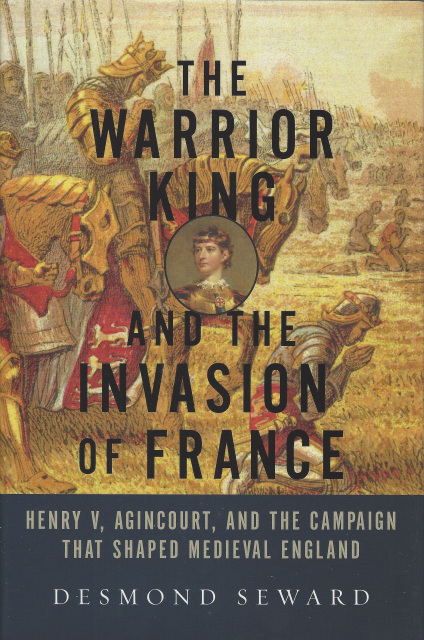 The Warrior King and the Invasion of France: Henry V, Agincourt, and the Campaign that Shaped Medieval England by Desmond Seward

The Warrior King and the Invasion of France: Henry V, Agincourt, and the Campaign that Shaped Medieval England by Desmond Seward

In the course of the Hundred Years War, Henry V, was the English figure most responsible for the mutual antipathy that existed between France and England. His art of attacking an opponent by making total war, on civilians as well as soldiers, created tremendous distrust and enmity between the two countries, which survives even to this day.

He was a man of many contradictions, a perverse mix of rigorous orthodoxy -- exemplified by his fanatical and intlerant religion -- and of neurotic insecurity, stemming in part from the dubious nature of his claims to the English and French thrones. Henry owed his popularity at home to victories against the French that gratified an emerging English nationalism. A tremendously ardent military strategist who experimented with ballistics (and also built the first English navy), at the time of his death at the age of thirty-six he controlled one-third of modern-day France.