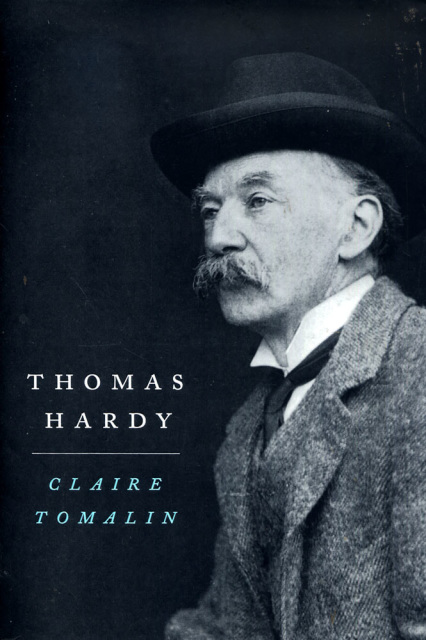 Thomas Hardy was one of the great Victorian novelists -- and also one of the great twentieth-century poets. This is the first of many paradoxes he presents. He was a believer and an unbeliever, a socialist and a snob, an unhappy husband and a desolate widower: a driven man who ended his days in simplicity and serenity. Born in 1840, he could recall his grandmother telling him she was ironing her muslin frock when she first heard that the French queen's head had been cut off in the 1790s, ye he lived to know Winston Churchill.

Hardy was the son of a village builder and a girl who had gone into service as a child. His first book -- a raging novel attacking the upper classes -- was judged at the time too harsh to publish. Yet he ultimately won the affection and support of the English aristocracy, and as a result his last two novels -- Tess of the d'Urbervilles (1891) and Jude the Obscure (1895) -- were published without censor, despite their criticism of English class rigidity and moral severity.

He wrote classic accounts of the beauty of the countryside and the traditions of village life, but every spring he chose to leave Dorset and spend the summer months in London. While his wife Emma lived, he wrote hardly a line of verse about her. Only after her death did he devote himself to poems of love and regret. Depression came so sharply to him that he sometimes said it would be better not to have been born. But in a moment, music, falling in love with a pretty face or seeing the view from a high point over the Dorset hills could spring him out of the gloom.

His legacy is a tremendous one, and extraordinarily varied, in the great novels in which character and landscape are handled with tragic power, and in poetry written and scanned with the idiosyncrasy of genius, that rises to a luminous beauty and catches the heart.

Renowned literary biographer Claire Tomalin presents a rich and complex portrait of one of the greatest figures in English literature.