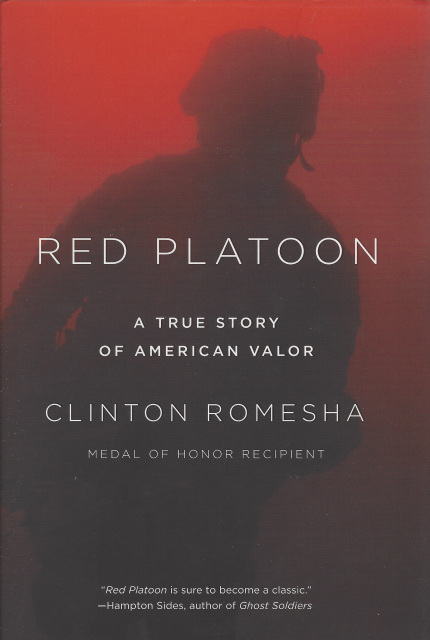 "'It doesn't get better.' To us, that phrase nailed one of the essential truths, maybe even the essential truth, about being stuck at an outpost whose strategic and tactical vulnerabilities were so glaringly obvious to every soldier who had ever set foot in that place that the name itself -- Keating -- had become a kind of backhanded joke."

In 2009, Clinton Romesha of Red Platoon and the rest of Black Knight Troop were preparing to shut down Command Oupost (COP) Keating, the most remote and inaccessible in a string of bases built by the U.S. military in Nuristan and Kunar in the hope of preventing Taliban insurgents from moving freely back and forth between Afghanistan and Pakistan. Three years after its construction, the army was finally ready to concede what the men on the ground had known immediately: it was simply too isolated and too dangerous to defend.

On October 3, 2009, after years of constant smaller attacks, the Taliban finally decided to throw everything they had at Keating. The ensuing fourteen-hour battle -- and eventual victory -- cost eight Americans their lives.

Red Platoon is the riveting firsthand account of the Battle for COP Keating, told by Romesha, who spearheaded both the defense of the outpost and the counter-attack that drove the Taliban back beyond the wire and received the Medal of Honor for his actions.