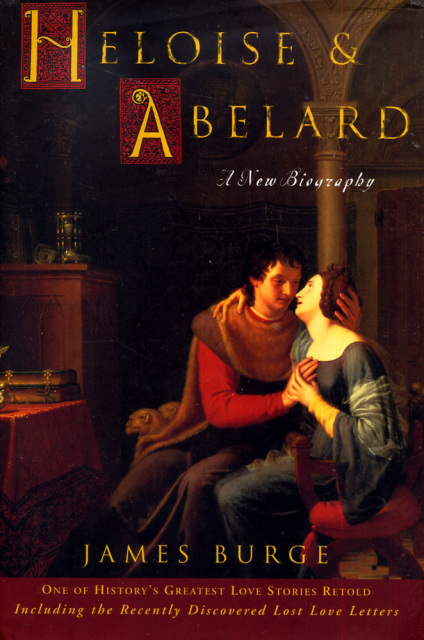 The heart-rending love story of Abelard and Heloise was one of the most talked about relationships in the Middle Ages, and is one of the greatest love stories of all time. Peter Abelard was arguably the greatest poet, philosopher, and religious teacher in all of twelfth-century Europe. In an age when women were rarely educated, Heloise was his most gifted young student. As master of the cathedral school at Notre Dame in Paris, Abelard was expected to be celibate; his career would be destroyed by marrying. In spite of this, Abelard and Heloise's private tutoring sessions inevitably turned to passionate romance, and their moments apart were spent writing love letters.

When Heloise became pregnant, her possessive guardian and uncle, Fulbert, angrily insisted that they marry. The ceremony was held in secret, but the rumor spread through Paris. Enemies confronted Heloise, who publicly denied the marriage in order to protect Abelard's career. Fearing for her safety, Abelard slipped Heloise out of the city and sent her to a convent. Robbed of his niece and his family's honor, Fulbert took revenge by having Abelard brutally castrated. Abelard retreated to a monastery, and the famous lovers now lived separate lives behind cloistered walls -- but their love, and their letters, continued.

James Burge is the first biographer to combine these astonishing new discoveries with the latest scholarship, resulting in a more complete biography; one that paints a fuller picture of Heloise as a woman who tested the cultural constraints of her time. Burge also addresses Abelard's theological disputes with other teachers, including Bernard of Clairvaux, which led to Abelard's eventual trial for heresy. But Heloise & Abelard is much more than a biography. It opens a window onto the enormous and exciting changes that took place in medieval Europe, even as it presents us with the richest telling yet of one of history's greatest love stories.