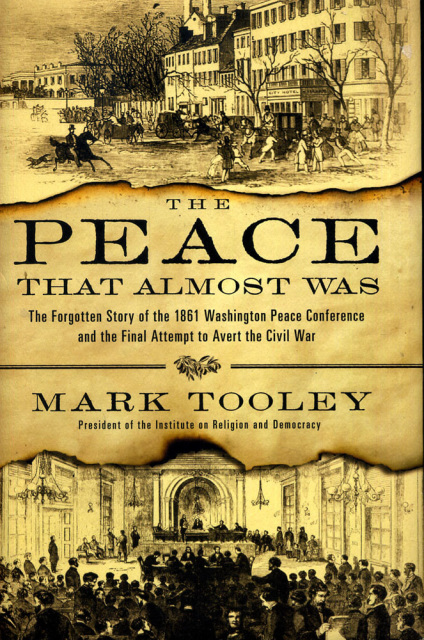 The Peace That Almost Was: The Forgotten Story of the 1861 Washington Peace Conference and the Final Attempt to Avert the Civil War by Mark Tooley

The Peace That Almost Was: The Forgotten Story of the 1861 Washington Peace Conference and the Final Attempt to Avert the Civil War by Mark Tooley

War or peace? Slavery or abolition? A united republic or a splintered collection of states? The capital crackled with such contentious questions during the winter of 1861.

Yet even as the nation braced for war, its greatest statesmen assembled for the Washington Peace Conference, a final bipartisan attempt to save the Union -- and, as it turned out, the last gasp of an antebellum America where slavery ruled.

In The Peace That Almost Was, Washington thinker and political writer Mark Tooley opens a window into this long-forgotten assemblage, when a who's who of old friends and future enemies descended on the historic Willard Hotel, from President-elect Abraham Lincoln (a quiet, unannounced presence) and former President John Tyler to revered General Winfield Scott and Episcopalian abolitionist Salmon Chase -- along with dozens of senators, Supreme Court justices, governors, and congressmen.

In moving detail, Tooley paints a vivid portrait of this month-long debate, where no less than the future -- and the moral fiber -- of America hung in the balance.