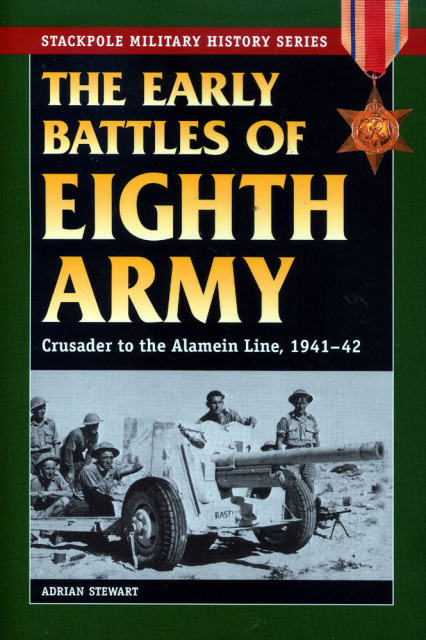 The Early Battles of Eighth Army: Crusader to the Alamein Line, 1941-42 by Adrian Stewart

The Early Battles of Eighth Army: Crusader to the Alamein Line, 1941-42 by Adrian Stewart

In 1941 and 1942, the Eighth Army -- one of Britain's most illustrious military units -- experienced its baptism of fire while going head to head with the legendary Erwin Rommel and his German Afrika Korps in the desert of northern Africa. After modest success during Operation Crusader in November 1941, the Eighth Army found itself battered and driven back for much of the following year as the Germans scored victory after victory. Not until the summer of 1942, when Gen. Bernard Montgomery assumed command, did the Eight Army's fortunes begin to reverse.