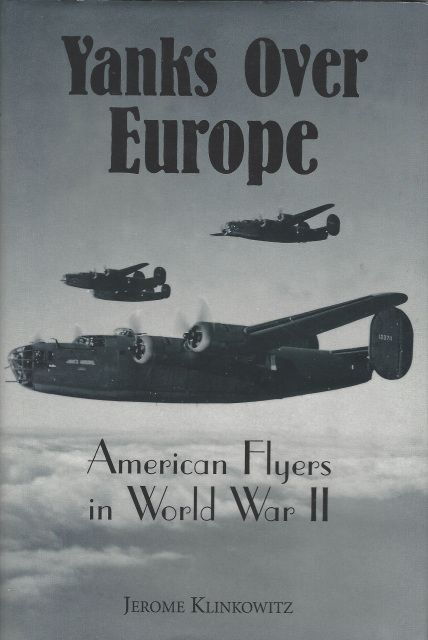 In 1940 seven Americans volunteered for the British Royal Air Force in time to fly and fight in the Battle of Britain. Within a year, by the time the Japanese attack on Pearl Harbor brought the United States abruptly into World War II< 243 other Americans flew for the Royal Air Force in three Eagle Squadrons, units that in early 1942 became the nucleus of the United States Army Air Force's 4th Fighter Group. American combat in the European and Mediterranean theaters of World War II took on many dimensions, and Jerome Klinkowitz gathers for the first time important portions of over a hundred accounts of the European air war as written or told by the flyers themselves.

This series of memories begins with the accounts of Art Donahue, a Minnesota farm boy who lived long enough to write about his part in the war in Tally-Ho! Yankee in a Spitfire. Within a year Donahue had been joined by over two hundred of his countrymen, some of whom had been inspired by his book to serve in the RAF. Here came the fighter jocks, from John Godrey to Chuck Yeager, some of whom would be as flamboyant in their writing as in their flying.

Then came the bombers, massive formations of appropriately named Flying Fortresses that, with their ten-man crews, carried the air war into Germany. Here everyone had a story, too, from Bomb Group Commander Beirne Lay, Jr. to top turret gunner John Comer. And from each crew station the story was a bit different, from holding steady on a bomb run through nightmare flak to nursing a wounded buddy all the way back to base in England.

Contrasts between fighter combat and the bombers' war support Klinkowitz's belief that notions of the air war were determined by one's position in it. He extends his thesis by showing the vastly different style of air war talked about by veterans of the North African and Mediterranean campaigns and concludes by studying the effects of such combat on adversaries and victims.

Air combat, Klinkowitz writes, offers a unique perspective on the nature of war. The experience of combat has inspired authors to combine exquisite descriptions with probing thoughtfulness, covering the full range of human expression from exultation to heartbreak. Here is a tightly drawn, highly readable account of the European air war.