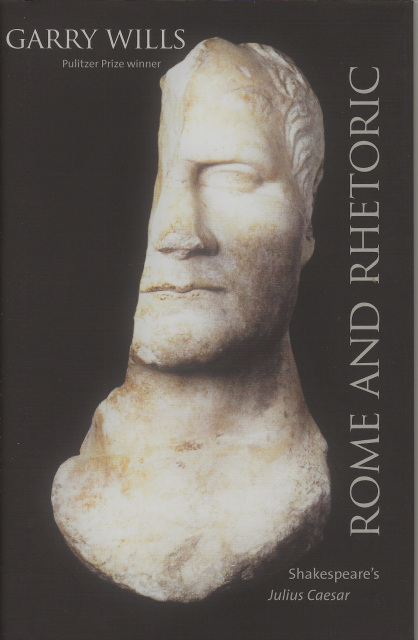 Renaissance plays and poetry in England were saturated with the formal rhetorical twists that Latin education made familiar to audiences and readers. Yet a formally educated man like Ben Jonson was unable to make these ornaments come to life in his two classical Roman plays. Garry Wills, focusing his attention on Julius Caesar, here demonstrates how Shakespeare so wonderfully made these ancient devices vivid, giving his characters their own personal styles of Roman speech.

In four chapters, each devoted to one of the play's main characters, Wills shows that Caesar, Brutus, Antony, and Cassius each has his own take on the rhetorical ornaments that Elizabethans learned in school. Shakespeare also makes Rome present and animate by casting his troupe of experienced players to make their strengths shine through the historical facts that Plutarch supplied him with. The result is that the Rome English-speaking people carry about in their minds is the Rome that Shakespeare created for them. And that is true, Wills affirms, even for today's classical scholars with access to the original Roman sources.