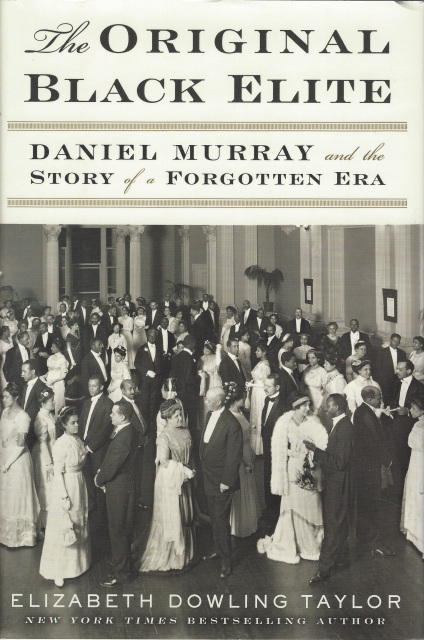 The Original Black Elite: Daniel Murray and the Story of a Forgotten Era by Elizabeth Dowling Taylor

The Original Black Elite: Daniel Murray and the Story of a Forgotten Era by Elizabeth Dowling Taylor

This cultural biography tells the enthralling story of the high-achieving black elites who thrived in the nation's capital during Reconstruction. Daniel Murray (1851 - 1925), an assistant librarian at the Library of Congress, was a prominent member of this glorious class.

Murray's life was reflective of those who were well-off at the time. This social circle included African American educators, ministers, lawyers, doctors, entrepreneurs, U.S. senators and representatives, and other government officials. Among the luminaries were Francis and Archibald Grimke, Blanche Bruce, Pinckney Pinchback, Robert and Mary Church Terrell, Booker T. Washington, and W.E.B. DuBois. The elite were primed to assimilate into the cultural fabric as Americans first and people of color second. Education was a pearl of great pride, and they sent their children to the best schools -- Phillips Academy, Cornell, and Harvard. They belonged to exclusive clubs, cultivated genteel manners, owned opulent homes, htrew elaborate parties, dressed to the nines, and summered in special enclaves.

The rug was pulled from under all African Americans when they were betrayed by the federal government as the cost of reconciliation with the South. With their education, refinement, and accomplishments, the elite had only further to fall. In response to renewed oppression, Murray and others in his class fought back, establishing themselves as inspiring race activists. Elizabeth Dowling Taylor's powerful work brings to light a dark chapter of race relations that too many have yet to own.