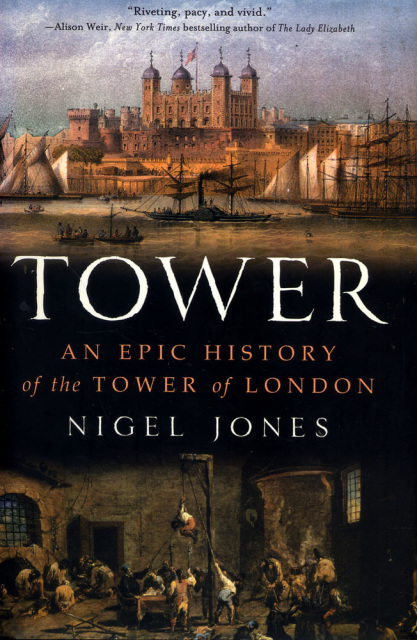 Tower: An Epic History of the Tower of London by Nigel Jones

Tower: An Epic History of the Tower of London by Nigel Jones

Castle, royal palace, prison, torture chamber, execution site, zoo, mint, home to the crown jewels, armory, record office, observatory, and the most visited tourist attraction in the UK: The Tower of London has been all these things and more. No building in Britain has been more intimately involved in the island's story than this mighty, brooding stronghold in the very heart of the capital, a place that has stood at the epicenter of dramatic, bloody, and frequently cruel events for almost a thousand years.

Now historian Nigel Jones sets this dramatic story firmly in the context of national -- and international -- events. In a gripping account drawn from primary sources and lavishly illustrated with eight pages of stunning photographs, he captures the Tower in its many changing moods and its many diverse functions. Here, for the first time, is a thematic portrayal of the Tower of London not just as an ancient structure, but as a living symbol of the nation of Great Britain.

Incorporating a dazzling panoply of political and social detail, Tower puts one of Britain's most important buildings at the heart of its national story.