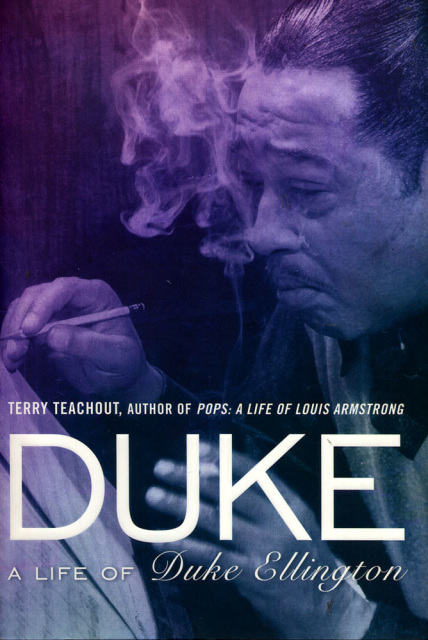 DUKE: A LIFE OF DUKE ELLINGTON by Terry Teachout

Duke: A Life of Duke Ellington by Terry Teachout

Edward Kennedy "Duke" Ellington was the greatest jazz composer of the twentieth century -- and an impenetrably enigmatic pesonality whom no one, not even his closest friends, claimed to understand. The grandson of a slave, Ellington dropped out of high school to become one of the world's most famous musicians, a showman of incomparable suavity who was as comfortable in Carnegie Hall as in the nightclubs where he honed his style. He wrote some seventeen hundred compositions, many of which, like "mood Indigo" and "Sophisticated Lady," remain beloved standards, and sought inspiration in an endless string of transient lovers, always hiding his inner self behind a smiling mask of flowery language and ironic charm.

Wall Street Journal critic Terry Teachout, who played jazz bass professionally before becoming a full-time writer, has drawn on unpublished private papters, musical manuscripts, scrapbooks, and transcripts of breathtakingly frank interviews to uncover the facts about the public and private lives of Duke Ellington, placing him in the context of the Harlem Renaissance and examining his influence on twentieth-century art and culture. The first full-length Ellington biography in nearly two decades, Duke peels away countless layers of evasion and deception to tell the unvarnished truth about the creative genius who inspired Miles Davis to say, "all the musicians should get together one certain day and get down on their knees and thank Duke."