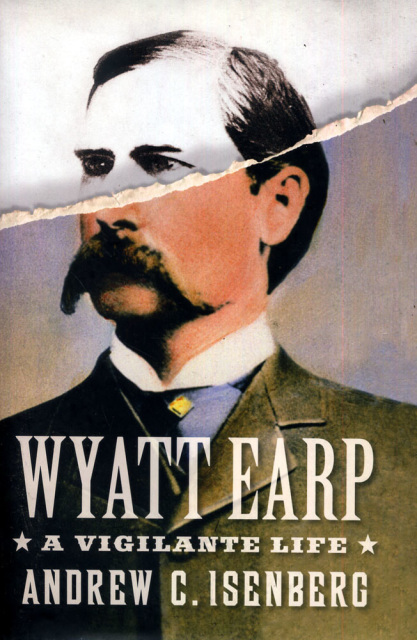 In popular culture, Wyatt Earp is the hero of the Gunfight at the O.K. Corral in Tombstone, Arizona, and a beacon of rough justice in the tumultuous American West. The subject of dozens of films, he has been invoked in battles against organized crime (in the 1930s), communism (in the 1950s), and al-Qaeda (after 2001).

Yet, as the historian Andrew C. Isenberg reveals in Wyatt Earp: A Vigilante Life, the Hollywood Earp is largely a fiction -- one created by none other than Earp himself. The lawman played on-screen by Henry Fonda and Burt Lancaster is stubbornly duty-bound; in actuality, Earp led a life of impulsive lawbreaking and shifting identities. When he wasn't wearing a badge, he was variously a thief, a brothel bouncer, a gambler, and a confidence man. As Isenberg writes, "He donned and shucked off roles readily, whipsawing between lawman and lawbreaker, and pursued his changing ambitions recklessly, with little thought to the the cost to himself, and still less thought to the cost, even the deadly cost, to others."

By 1900, Earp's misdeeds had caught up with him: his involvement as a referee in a fixed heavy-weight prizefight brought him national notoriety as a scoundrel. Stung by the press, Earp set out to rebuild his reputation. He spent his last decades in Los Angeles, where he befriended Western silent-film actors and directors. Having tried and failed over the course of his life to invent a better future for himself, in the end he invented a better past. Isenberg argues that even though Earp, who died in 1929, did not live to see it, Hollywood's embrace of him as a paragon of law and order was his greatest confidence game of all.

A searching account of the man and his enduring legend, and a book about our national fascination with extrajudicial violence, Wyatt Earp: A Vigilante Life is a resounding biography of a singular American figure.