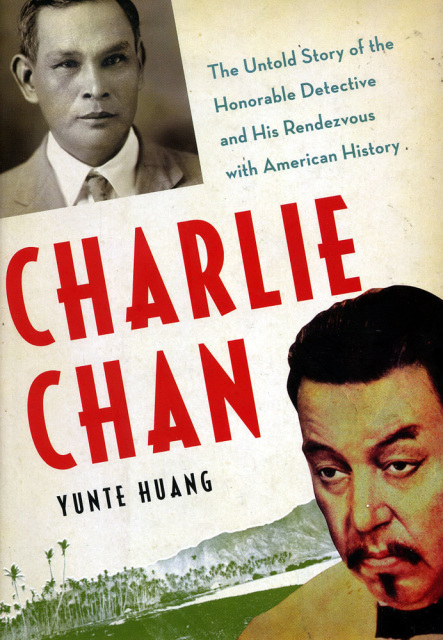 CHARLIE CHAN: THE UNTOLD STORY OF THE HONORABLE DETECTIVE AND HIS RENDEZVOUS WITH AMERICAN HISTORY by Yunte Huang

Charlie Chan: The Untold Story of the Honorable Detective and His Rendezvous with American History by Yunte Huang

On a balmy July night in 1904, a wiry figure sauntered alone through the dim alleys of Honolulu's Chinatown. He strolled up a set of rickety steps and into a smoky gambling den ringing with jeers of card sharks and crapshooters. By the time anyone recognized the infamous bullwhip dangling from his hand, it was too late. Single-handedly, the feared, five-foot-tall Hawaiian copy, Chang Apana, had lined up forty gamblers and marched them down to the police station.

So beings Charlie Chan, Yunte Huang's absorbing history of the legendary Cantonese detective, born in Hawaii around 1871, who inspired a series of fiction and movie doubles that long defined America's distorted perceptions of Asians and Asian Americans. In chronicling the real-lkife story and the fraught narrative of one of Hollywood's most iconic detectives, Huang has fashioned a historical drama where none was known to exist, creating a work that will, in the words of Jonathan Spence "permanently change the way we tell this troubled, yet gripping, story."

Examining hundreds of biographical, literary, and cinematic sources, in English and in his native Chinese, Huang has pursued the trail of Charlie Chan since the mid-1990s, searching for clues in places as improbable as Harvard Yard, an Ohio cornfield, a weathered Hawaiian cemetery, and the Shanghai Bund. His efforts to refashion the Charlie Chan legend have become a personal mission, as if the answers he was seeking would reshape his own identity -- no longer a top Chinese student, but an immigrant American eager to absorb the bewildering history of his adopted homeland.

"With rare personal intensity and capacious intelligence," Huang has ascribed a starring role to "the honorable detective," one far more enduring than any of his wisecracking movie parts. Huang presents American history in a way that it has never been told before.