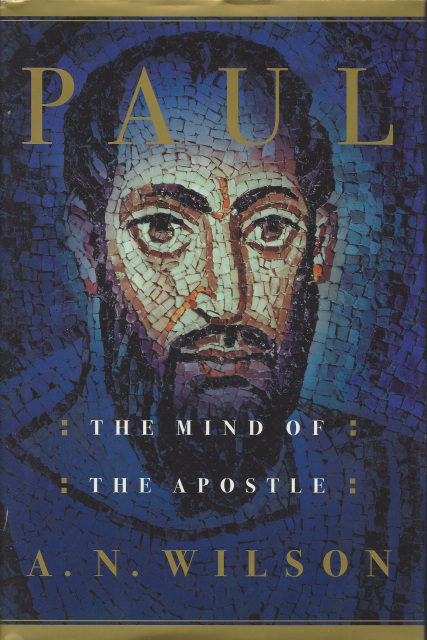 PAUL: THE MIND OF THE APOSTLE by A.N. Wilson

Paul: The Mind of the Apostle by A.N. Wilson

It begins on the road to Damascus, in a moment graven on the consciousness of Western civilization: "Saul, Saul," asks the voice of the crucified Jesus of Nazareth, "why persecutest thou me?"

From this experience, and from the response of the Jewish merchant later known as Paul, sprang the Christian Church as we know it today. For, as A.N. Wilson, biographer of Tolstoy, C.S. Lewis, and Jesus, makes clear in this astonishing and gripping narrative, Christianity without Paul is quite literally nothing. Jesus, with the layers of exegesis, scholarship, and ceremony stripped away, is a Jew, a fastidious and fervent Jew, who would lead his followers into a stricter, purer observance of Judaism. It is Paul who will claim divinity for him, who will transform him into the Messiah, center of an entirely new religion.

In Wilson's deft and psychologically astute narrative, we see Paul negotiating the dangerous political currents of the Roman Empire; traveling everywhere; making converts; writing the great epistles that define our understanding of Christ and the sublime paradoxes of his teaching; defusing the natural antagonism of the supreme temporal power to this dangerous spiritual force, Christianity, which would in time consume that empire from within.

What drove Paul? What fueled this act of inspired creativity? What would he think of what his church has become? The answers lie in Wilson's extraordinary biography, which lays bare the psychological journey of Christianity's true inventor.