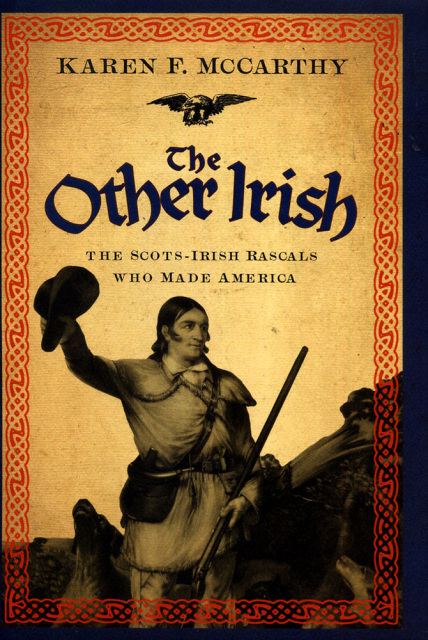 THE OTHER IRISH: THE SCOTS-IRISH RASCALS WHO MADE AMERICA by Karen F. McCarthy

The Other Irish: The Scots-Irish Rascals Who Made America by Karen F. McCarthy

What do Davy Crockett, mark Twain, and Neil Armstrong have in common? they are descendants of feisty Scots-Irish immigrants who traveled the ocean to the new world in the early 1700s. These renegades made their mark on the United States through the years, whether as president of the country or as the first family of country music. While many people of Scots-Irish ancestry settled in the American South, few outside the region have heard of these other Irish immigrants or are aware of their vast influence in the making of America.

Expertly researched and fascinating to read, The Other Irish reveals how the Scots-Irish made America, from politics to popular culture.